I don't watch movies too often but I was hoping to catch this on cable.

Finally, I got to see Jack-Jack of "Incredibles 2" yesterday -- the infant with 17 super powers.

That's how movies ought to be, or at least for five-year-olds like me who like funny stuff.

We don't like too much talk, too much drama, too much violence, but we like ACTION -- the Jack-Jack way!

He really saved the film.

I loved hearing his laughter, watching his face change, and watching him morph into other characters.

I also love how a cookie would make him cool down when he gets really mad.

I was tickled, too, when I saw him "chomping" on an enemy's leg or how he fought with the raccoon as shown here:


He also gets his super outfit after his Aunt Edna "studies" his super powers. Here's a cool video that shows all that:


She's not an easy person to please but with sweet, innocent Jack-Jack, her heart melted.

That's how I consider babies to be.

Lots of moods and personalities.

Now you understand why I stopped counting at age five.

Coz they get too serious and forget to laugh and play.

Other articles on Jack-Jack:

"Jack-Jack powers up in Disney-Pixar's 'Incredibles 2'"

"What are Jack-Jack's powers? Here's what we know about the 'Incredibles' baby"

The voice behind Jack-Jack:

"Behind the making of Jack-Jack, the summer's breakout star" 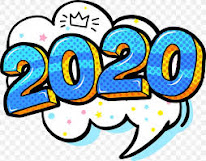